Russian Helicopters presents the new modification of the Ka-226T 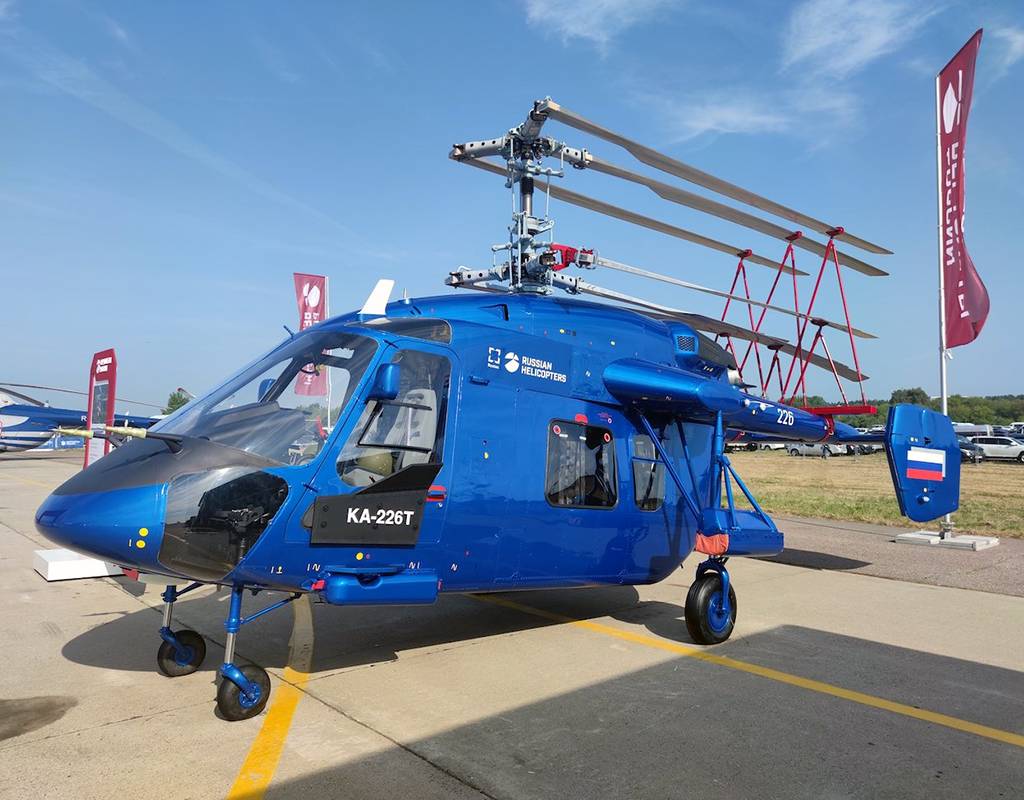 Russian Helicopters (part of Rostec State Corporation) presented a sample of the newest modification of light Ka-226T helicopter made at Ulan-Ude Aviation Plant, during MAKS-2021 International Aviation and Space Salon.

A prototype of the helicopter was presented during MAKS-2021. The helicopter will start a series of test flights in autumn. Key features of the new version of Ка-226Т include perfect capability of flights in high mountains; the modernization project got the “working” name “Alpinist” (Climber). The rotorcraft has coaxial rotors, which ensures good control at the most extreme heights and in rarefied air, crosswind stability, high rate of climb, possibility of taking off and landing on sites located very high. Ка-226Т also has good performance when flying above water. It can take off and land on the deck of even small sea-going vessels.

The rotorcraft has low vibration level, it is easy to control it, it can take off and land on small sites (including in cities). It also has high precision of hovering even with cargo on an external sling, and it is safe for passengers to get into it even with operating rotors.

Modernized Ка-226Т has significant differences from previous models of Ка-226 family. The helicopter has a new glider-like design with considerably better aerodynamics. The fuselage is made of modern light materials, the control system and power system of the helicopter have been upgraded, and a shock- and crash-resistant fuel system meeting high safety requirements is installed. At the same time, fuel tank volume was increased, and centralized fueling was provided. The helicopter also has a new avionics system.

Compared to previous models, upgraded Ка-226Т will have better performance. For instance, its flights will be longer, the weight of the helicopter without passengers and cargo will be lower, the range will be increased, and the rotorcraft will be capable of operation at heights of up to 6,500 meters. The helicopter can have options such as oxygen equipment, ballonets, air conditioning and heating system, and its certification for passenger transportation is planned.

This press release was prepared and distributed by Rostec State Corporation.