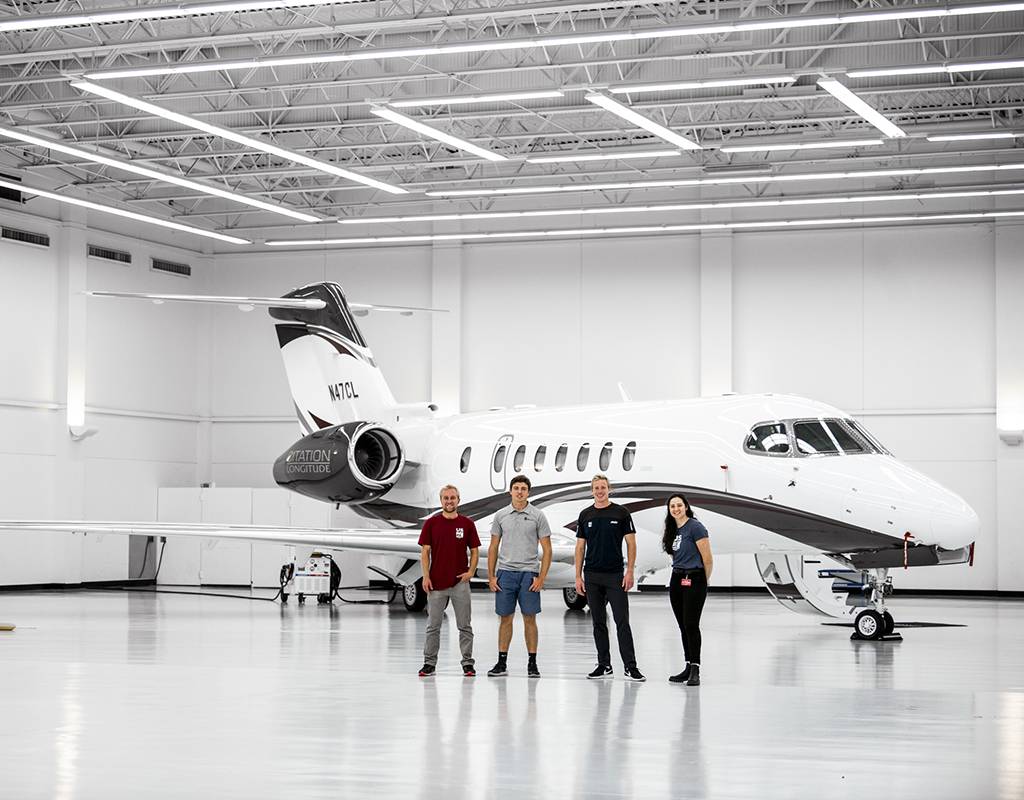 This sponsorship connects two organisations, both known for their passion and leadership within their respective fields. Among the sponsorship package elements are funding athletes’ interest in pilot training, providing transportation for athletes during training and competition and supporting the mission of U.S. Ski & Snowboard and its foundation.

“We are thrilled to support athletes of all ages across the country, many of whom have already discovered the benefits of private aviation in reaching mountainous training destinations,” said Christi Tannahill, senior vice president, Customer Experience. “We’re proud to offer a visibly stunning reminder of our sponsorship through a special U.S. Ski & Snowboard design worthy of a medal.”

The special-edition design is inspired by the youthful energy of the U.S. Ski & Snowboard athletes, as well as the colours and textures of medals and cold climate sports. Highlights of the interior include full metallic leather glitz, dominant bright white with icy, metallic silver and aqua leather accents on seats and lower sidewall inserts along with a carpet texture that is bright in color with an intricate weave invoking groomed competition snow. The red, white and blue paint scheme gives the aircraft a sporty and patriotic feel.

“We are so excited to welcome Textron Aviation as the exclusive general aviation aircraft and aviation products sponsor,” said Michael O’Conor, chief revenue officer, U.S. Ski & Snowboard. “Their support will touch every aspect of our organisation, from the U.S. Ski & Snowboard Foundation, to supporting our athletics, to professional aviation career advancement for a number of our athletes.”