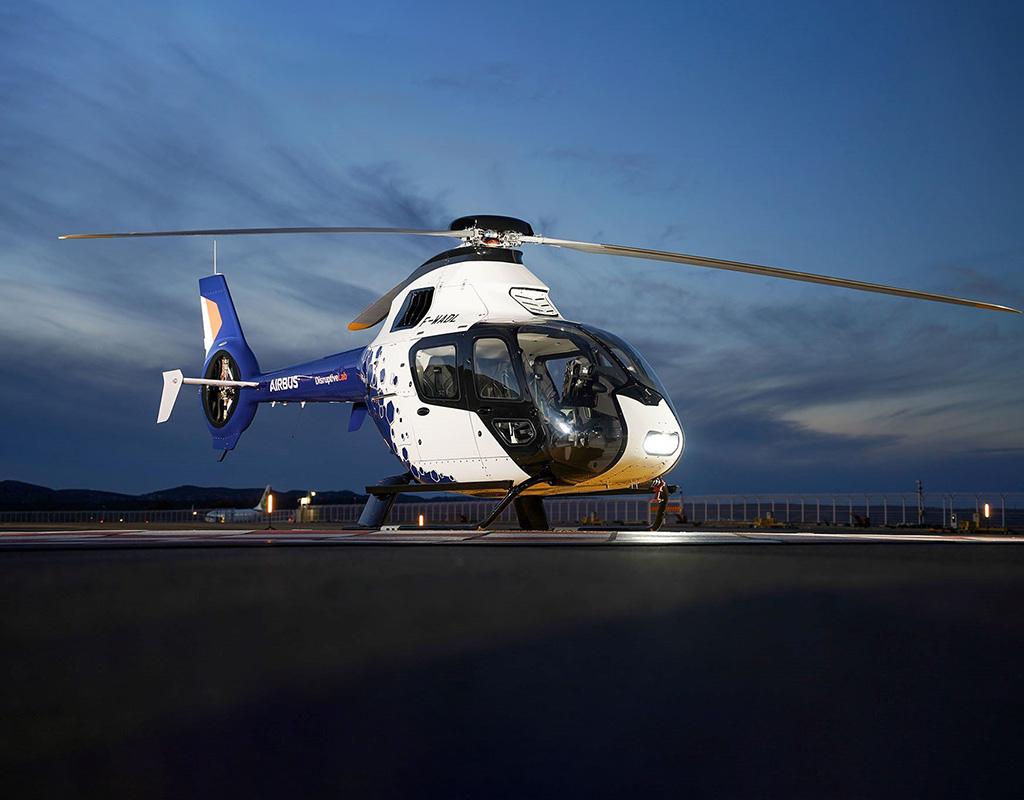 Airbus used the occasion of its annual Summit to unveil its DisruptiveLab, a new flying laboratory designed to test technologies destined to improve aircraft performance and to reduce helicopters’ CO2 emissions.

The DisruptiveLab will evaluate a new aerodynamic architecture intended to reduce fuel consumption, as well as pursuing the implementation of hybridisation with a fully parallel hybrid propulsion system that enables the battery to be recharged in-flight. The new demonstrator will take to the skies before the end of 2022 in order to begin flight testing and maturing these new technologies.

“The DisruptiveLab goes another step further in Airbus Helicopters’ ambitious strategy to reduce the environmental impact of its helicopters and to lead the way towards a sustainable aerospace industry,” said Bruno Even, CEO of Airbus Helicopters. “The innovative architecture and the fully parallel hybrid propulsion system could only really be tested on a brand new demonstrator in order to verify the combined impact in CO2 reduction which could be as much as 50 percent, ” he added.

The new architecture of the DisruptiveLab features an aerodynamic aluminium and composite fuselage, specifically designed to reduce drag and thus reduce fuel consumption. The blades are integrated into the rotor in a way that allows for a more compact rotor head which reduces drag and therefore improves energy efficiency while lowering the perceived noise level. Its lighter rear fuselage incorporates a streamlined Fenestron tail rotor that also contributes to improved performance.

Airbus Helicopters’ strategy relies on demonstrators to test and mature new technology in an agile manner. The Company started work on its first demonstrator, the FlightLab, in 2020. The FlightLab uses an existing H130 platform and is mainly dedicated to researching and developing technologies related to enhanced autonomy and safety technobricks. On the other hand, the DisruptiveLab will focus on improving aircraft performance and reducing environmental footprint.

This press release was prepared and distributed by Airbus