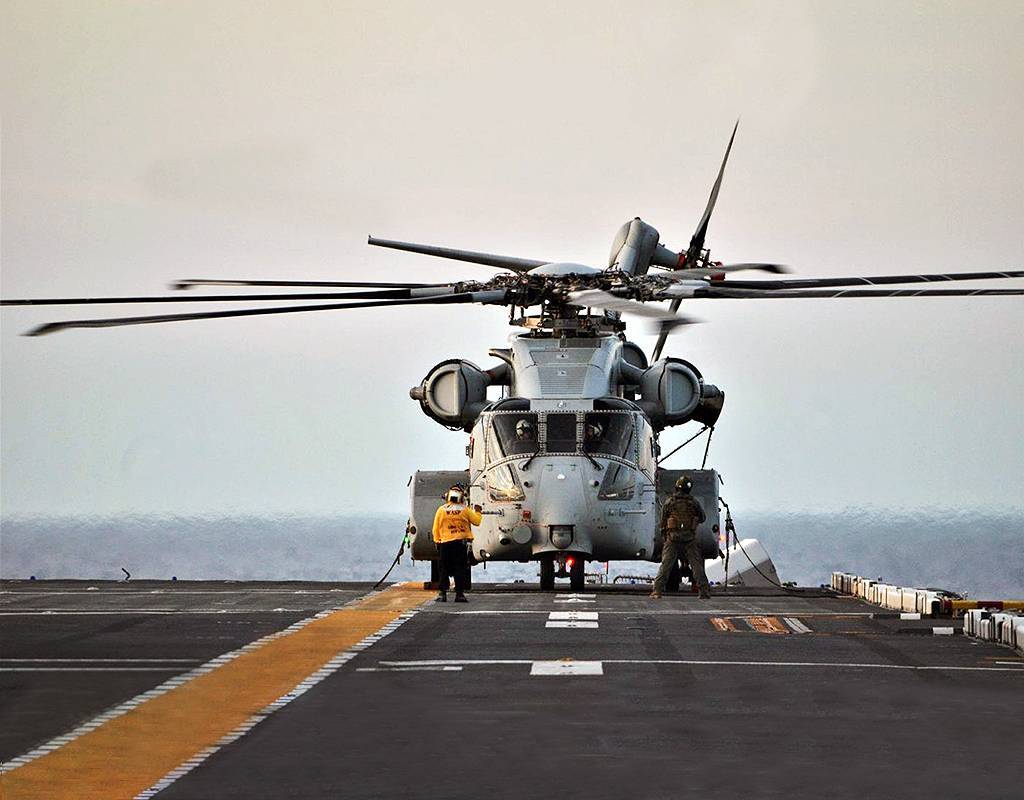 Until the recent trials, the huge single-main-rotor Sikorsky CH-53K King Stallion was relegated to landlocked flight testing. For two weeks in June, the aircraft performed flight testing in the Atlantic aboard the USS Wasp in the maritime environment in which it was designed to operate.

“I’m very pleased with how the ship tests went,” Navy Col. Jack Perrin, H-53 helicopters program manager, said in a statement. “We were able to assess the K taking off and landing day, night, and with night vision goggles and it performed extremely well.”

Sea trials involved a series of tests to evaluate the performance of the aircraft at sea and included launch and recovery, rotor start and shutdown, blade fold and shipboard compatibility testing. Each was performed in increasing wind speed and varying wind directions relative to the aircraft, according to the Navy.

“The bulk of the testing was in launch and recovery,” Perrin said. “We nailed it every time, no matter what the wind/sea conditions were. The 53K is now a ‘feet-wet’ warrior from the sea.”

During its two weeks aboard ship, the helicopter performed 364 ship landings and takeoffs from all deck spots, expanding the wind envelope, performing multiple towing and hanger evolutions, and conducting multiple rotor blade spread, fold, engagement and disengagement operations, according to the Navy and manufacturer Sikorsky, which is owned by Lockheed Martin.

“The CH-53K is right at home aboard a large deck amphibious ship and is one step closer to deployment,” Bill Falk, Sikorsky’s CH-53K program director, said in a statement. “The King Stallion . . . excelled in the shipboard environment reinforcing its critical role allowing Marines the operational flexibility to move more material, more rapidly from ship to shore.”

Ship compatibility testing includes towing the aircraft around the deck and in the hangar, performing maintenance while aboard the ship, ensuring the aircraft fits in all the locations it needs to around the ship deck and hangar, and evaluating chain/tie-down procedures.

The CH-53K King Stallion continues to execute within the reprogrammed CH-53K timeline, moving toward completion of developmental test, leading to initial operational test and evaluation in 2021 and first fleet deployment in 2023-2024.