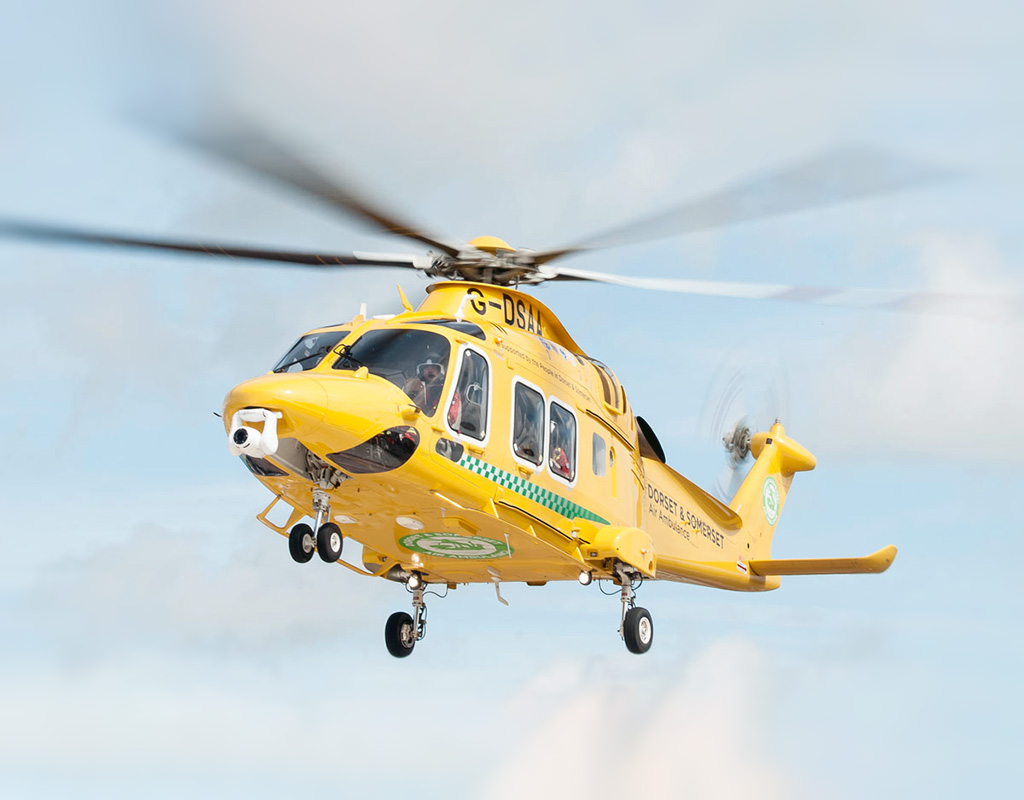 The team at Dorset and Somerset Air Ambulance were recognized nationally at this year’s Air Ambulance Awards of Excellence, coming out winners in two categories and highly commended in one.

Organized by Air Ambulances UK and sponsored by Airbus, these annual awards took place on Monday 14th November to celebrate and recognized the specialist life-saving skills and commitments of those within the air ambulance community.

Doctor of the Year, Ian Mew

Dr. Ian Mew was awarded Doctor of the Year; an incredible achievement given the quality of nominations within the category. Mew has worked with Dorset and Somerset Air Ambulance for nine years. He is a talented intensive care and anesthesia consultant and an inspirational air ambulance doctor, who always goes above and beyond for patients and their families in all his professional domains. Mew has been instrumental in transforming care that is provided to patients across the South West and has hugely contributed to the development of injury prevention campaigns locally, regionally and on a national scale.

After receiving his award, Dr. Ian Mew said: “I am incredibly humbled to receive this Doctor of the Year award. There are so many people going above and beyond in our society, this award is a recognition of everyone who works for the benefit of others. I’d particularly like to thank Dorset and Somerset Air Ambulance who have rallied behind our motorcycle injury prevention work and supported the DocBike charity from its inception. I’d also like to thank all of the DocBike volunteers and trustees, my colleagues on the air ambulance and at Dorset County Hospital, without whom none of the achievements recognized by this award would have been possible.”

Wayne Busby has been the charity’s aircraft maintenance engineer for the past eight years. His total dedication to the maintenance of the aircraft often sees him work unsociable and extended hours. His exceptional contribution has enabled Dorset and Somerset Air Ambulance to maintain a high level of service availability across the region, enabling many more life-saving missions to be achieved. This is in no small part to the exemplary way that Busby has dedicated his time and skill set to the task. These qualities were recognized by the independent judging panel when he was awarded Operations Support Staff of the Year.

Busby received his award and said: “I am overwhelmed by the number of very kind messages of congratulations after receiving this award. Thanks to my colleagues at Dorset and Somerset Air Ambulance for always making me feel part of the team. We all have the same goal, to provide an outstanding critical care air ambulance service for the people of Dorset and Somerset. For me, I love fixing helicopters and feel proud to be able to play my part in helping to save lives.”

Pete Appleby was highly commended within the Critical Care Practitioner of the Year category; once again amongst an extremely strong shortlist. Appleby has taken on a multitude of projects over the past year, alongside his expected responsibilities as a specialist practitioner in critical care. He has devoted significant time (often on a voluntary basis) to enhancing operations, whilst acting as Deputy Air Operations Officer; a supportive, unpaid role, which significantly assists the smooth running of the service. Appleby is a superb practitioner and an extra-ordinary patient advocate. He has championed the needs of patients and families through his unique mixture of extensive practical experience, analytical reflection and compassion.

Appleby was thrilled to receive the award and said: “To even be nominated for an award was an honor, however to be recognized on the night was really special. I want to say thank you to all my colleagues and friends at Dorset and Somerset Air Ambulance and beyond.”

This press release was prepared and distributed by Dorset and Somerset Air Ambulance.