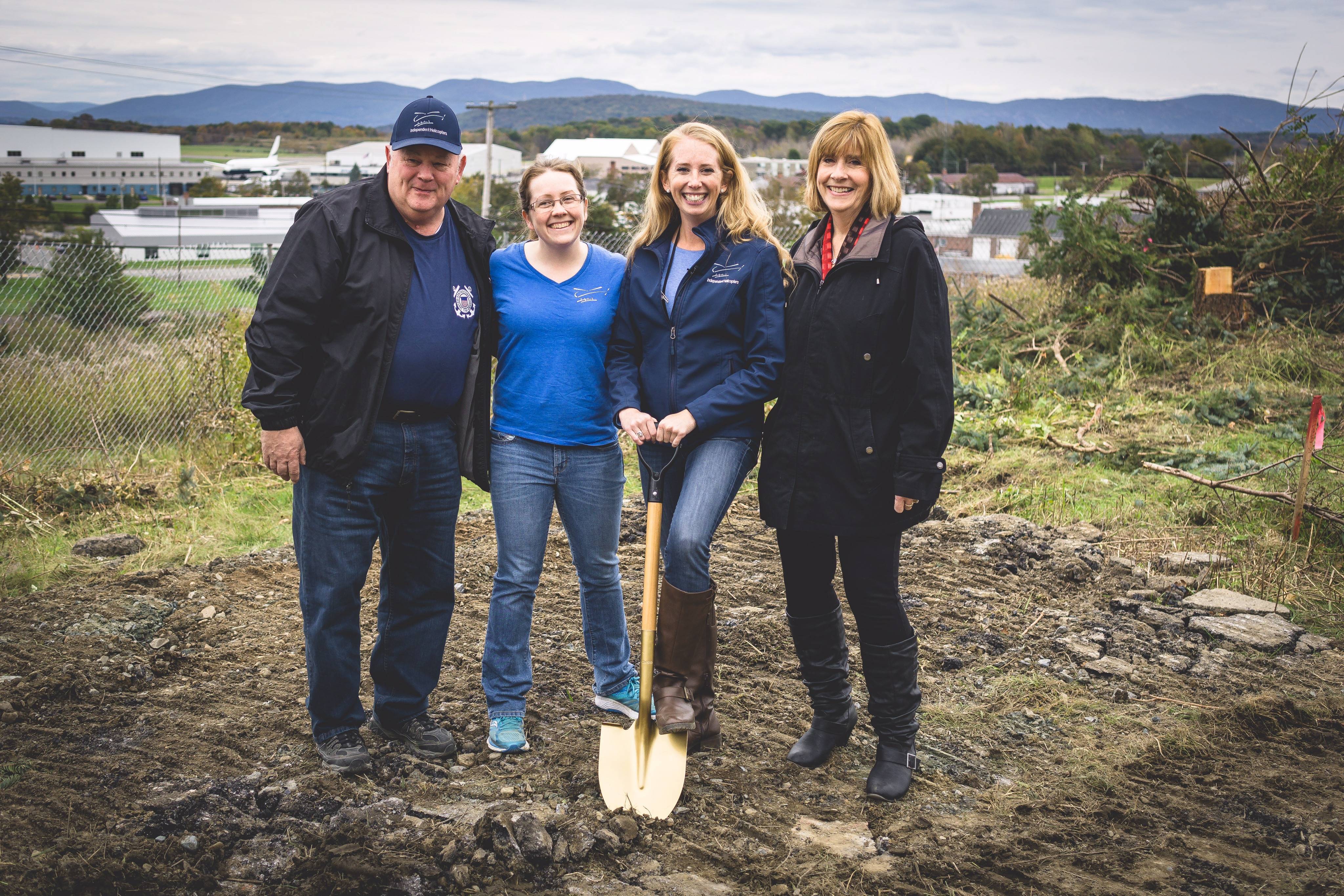 After years spent planning, securing permits and obtaining funding, Independent Helicopters CEO Heather Howley began the final stage of realizing a long term goal that she had set in motion almost ten years ago to the day. With the turn of a golden shovel by Howley, surrounded by her incredibly supportive family and friends, construction work began on the Empire Heliport.

Howley’s Empire Heliport will be unlike any other heliport facility in the state, encompassing a total of 8,000 square feet in a multi-purpose hangar/office space complex built to house all six of Howley’s Independent Helicopters fleet of Robinson Helicopters, along with the ability to accomodate several others in outdoor parking spaces adjacent to the hangar building.

Always thinking five steps and several years into the future, Howley had been searching for the perfect location to continue the expansion of Independent Helicopters in addition to the company’s recent addition, a second base of operations for training and tour operations located in Saratoga, New York. That opportunity was realized within sight of the company’s current base of operations in New Windsor, New York as Howley snapped up one of the most prime locations just outside Stewart Airport in New Windsor, NY on what was once the grounds of Stewart Air Force Base.

The plot of land selected by Howley suits the future needs of Independent Helicopters for years to come according to Howley. The Empire Heliport will overlook the runways of Stewart International Airport and be in sight of the tower, yet not be subject to the restrictions of actually being situated as the company is currently, having at times to wait on commercial air traffic departures at the ever increasingly busy Stewart International Airport.

The future Empire Heliport sits atop the highest point closest to the airport, situated above many 1930’s era buildings that were part of the original buildings that made up Stewart Air Force Base. Howley’s location for the Empire Heliport sits on grounds that was once the base chapel, that was bulldozed in the 1980’s after falling into disrepair following the closure of Stewart as an active Air Force base in the 1970’s.

Howley’s plans for the Empire Heliport, like everything else she does, is well thought out and planned to maximize every part of the space. The building along with providing space for up to six helicopters over 4,000 square feet, also has a further 4,000 feet of office and function space, which Howley plans to utilize as available space for aviation or non aviation based needs. With its prime location, well planned design, and Howley at the helm, the Empire Heliport when completed in 2019 will surely be an asset to the aviation community in the greater New York area and ensure the ongoing success of Independent Helicopters.