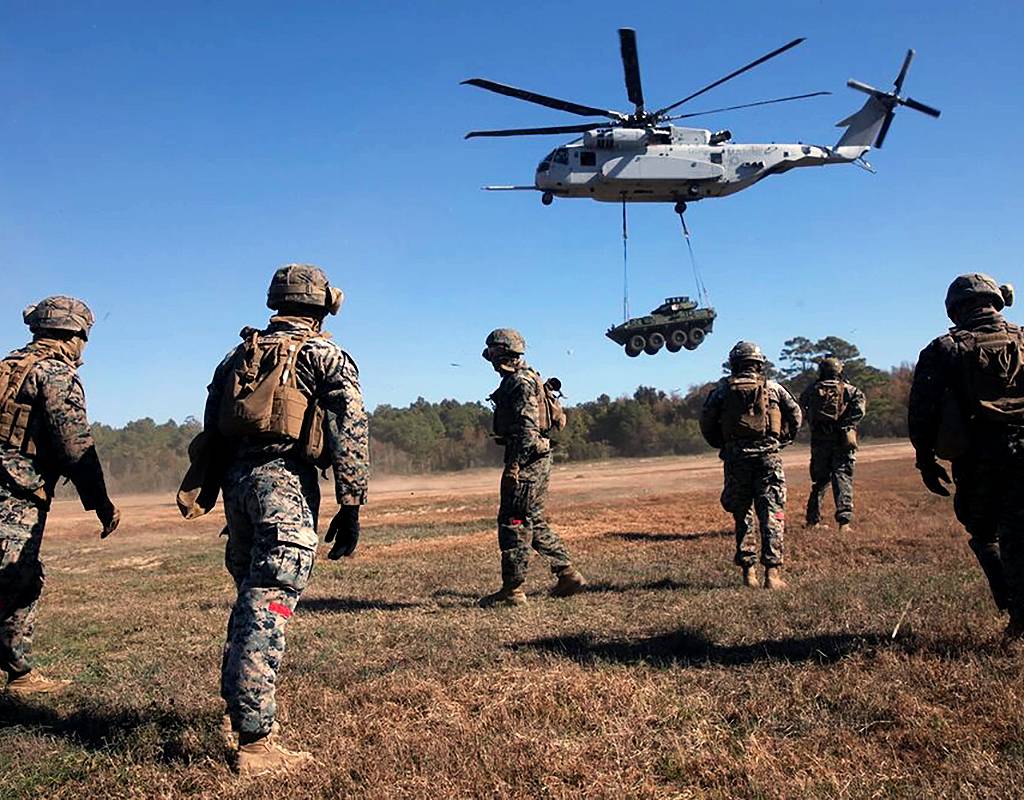 These exercises are a critical component of the Marine Corps’ future force operating concepts, such as expeditionary advanced base operations and distributed operations.

“We are excited to continue advancing the Commandant’s vision of the future force by partnering with the Navy and finding ways to optimize how we operate and thrive in a strategic competition environment,” said VMX-1 Commanding Officer Col. Byron Sullivan. “We remain the nation’s naval expeditionary force; ready to fight in any clime or place at any time.”

The Marine Corps is progressing through initial operational test and evaluation (IOT&E) of the CH-53Ks prior to fielding them to the Fleet Marine Force. The pilots, maintainers, and contractors of VMX-1, the squadron tasked with conducting operational test and evaluation of Marine Corps aviation platforms and systems, play a significant role in shaping the tactics, techniques and procedures of CH-53K utilization. Additionally, VMX-1 personnel will put the aircraft through rigorous evaluations in order to determine its suitability and effectiveness before arriving to the fleet.

“We have the most professional and capable individuals maintaining the aircraft and are also appreciative to the Blue-Green Team, who demonstrate the superb ability to operating harmoniously,” said VMX-1 CH-53K Detachment Operations Officer Maj. Joshua Banks.

This story was prepared and distributed by Communication Directorate, U.S. Marine Corps.