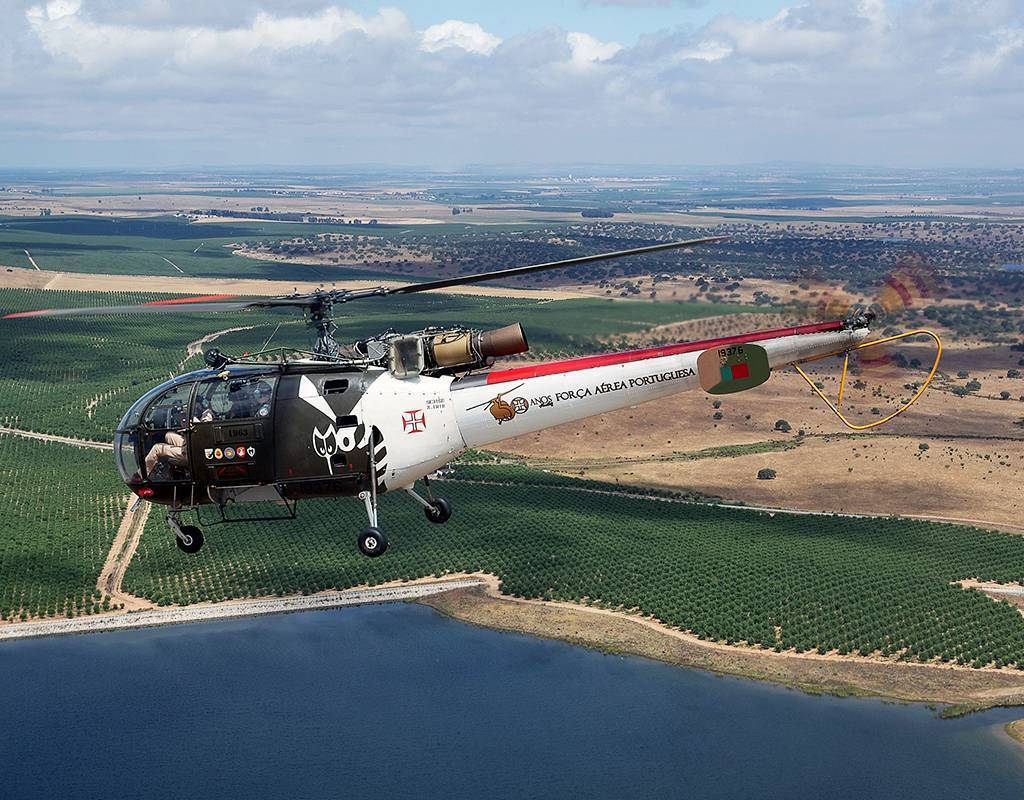 The last operational SE 3160 Alouette III of the Força Aérea Portuguesa (FAP) accomplished a farewell flight on June 16, 2020. The real last flight of the model in service with FAP took place the next day.

Since the first flight under Portuguese colours on June 18, 1963, the FAP’s Alouette III fleet, which comprised of up to 142 inducted airframes, exceeded 330,000 flight hours across 57 years of service. The last airframe was t/n 19376, which still sported the fleet’s 50th anniversary commemorative livery. A reduced ceremony — due to the Covid-19 situation — was held at Beja Air Base, with the presence of, among other military and civilian individualities, the Portuguese Minister of Defense João Gomes Cravinho, FAP’s chief of staff Gen Joaquim Borrego and Esquadra 552 military, who operated the model to its last days.

FAP’s Alouette IIIs were the first to be used in combat in the counterinsurgency wars on what were then the Portuguese possessions in Africa: Angola, Mozambique and Guinea Bissau. Between 1963 and 1974 it became the workhorse of Portuguese forces, performing troop transportation, armed reconnaissance, armed escort, medical evacuations, combat search and rescue, and fire support. After the independency of the African territories in 1975 it was tasked with new missions in Portugal mainland, namely coastal search and rescue and firefighting support, while keeping the instruction duties and general transport. In the period of 2000-2002, it once again returned to war stage by incorporating UNTAET and UNMISET peace missions in East Timor.

Between 1976 and 2010 it was the model used by FAP’s aerobatic team Rotores de Portugal. By 2019 and closing on the model phase out, only three airframes (19302, 19376 and 19401) were flightworthy, when the first two AW119 Mk.II Koala arrived to fulfill its transport, SAR and instruction missions. As the acquired Koalas have no military certification though, the Portuguese government is looking for a light to medium weight tactical helicopter that can complement FAP’s heavier EH101 Merlin in combat missions.