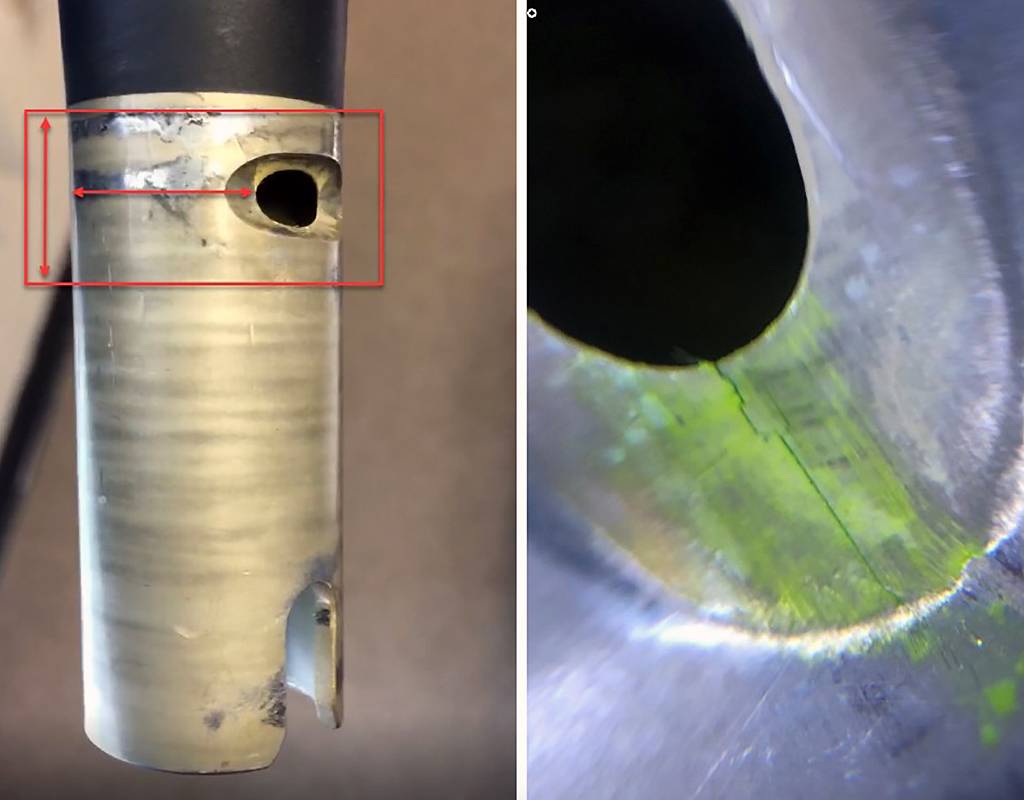 Transport Canada has issued an emergency airworthiness directive (AD) for operators of Bell 505 helicopters, ordering them to inspect their pilot collective stick and grip assemblies before further flight.

The AD, effective Feb. 21, follows an alert service bulletin (ASB) issued by Bell on Feb. 20, after the manufacturer received a report that a Bell 505 pilot collective stick assembly broke above the cabin floor at the junction with the collective jackshaft. The finding occurred prior to engine start during the pilot pre-flight check of flight controls for travel.

According to Transport Canada, the exact cause of the failure remains under investigation. Its AD mandates the one-time inspection procedures outlined in Bell’s ASB, which entail removing and cleaning the collective stick and examining it for cracks using a 10X magnifying glass.

If a crack is found or suspected, it should be confirmed using fluorescent penetrant inspection and reported to Bell. A crack renders the collective stick unserviceable, and it must be replaced with a new or undamaged assembly before further flight.

Transport Canada issued the initial type certification for the single-engine, five-seat Bell 505 in December 2016. According to Bell, the model is now operating or certified in 57 countries, and the nearly 300 aircraft in the global fleet have accumulated more than 60,000 hours of flight time.