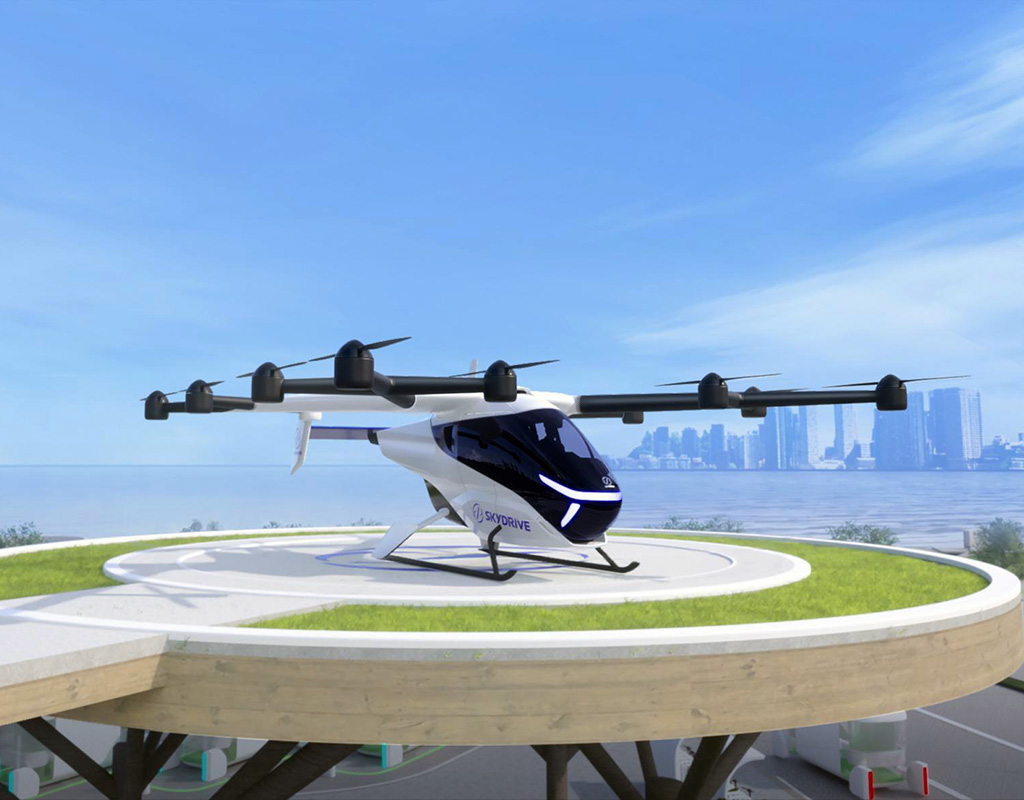 SkyDrive is the leading manufacturer of eVTOLs1 in Japan and is currently engaged in the development of a compact, two-seat electric-powered aircraft named “SkyDrive SD-05.” SkyDrive reached a key milestone when Japan Civil Aviation Bureau accepted its application for type certification of the SD-05 in October 2021.

In alignment with SkyDrive’s own vision, Volatus is focused on making its eVTOL technology widely accessible to everyone by steering the AAM industry towards agreeable standards. Volatus has also committed to keeping the cost of their products and services priced to allow for universal accessibility.

Volatus will provide tailored infrastructure packages to SkyDrive as one of SkyDrive’s preferred vendors that includes eVTOL vertiports and charging facilities. These packages will also be extended to SkyDrive’s customers as desired. SkyDrive, within its capacity, will support Volatus in the development of its infrastructure. The two companies will cooperate with each other with the common goal of promoting AAM.

“Volatus is planning to build permanent vertiports in many states in the US, starting with Oshkosh, Wisconsin, and SkyDrive is looking to utilize their vertiports,” said SkyDrive CEO Tomohiro Fukuzawa. “We believe our collaboration will accelerate and promote advanced air mobility.”

“This is a huge step forward for the global eVTOL industry,” said Grant Fisk, Volatus Infrastructure Co-Founder. “We can best serve communities and make this technology accessible faster by working together. SkyDrive will play a critical role in creating our cargo hub.”

This press release was jointly prepared and distributed by SkyDrive Inc. and Volatus Infrastructure, LLC.