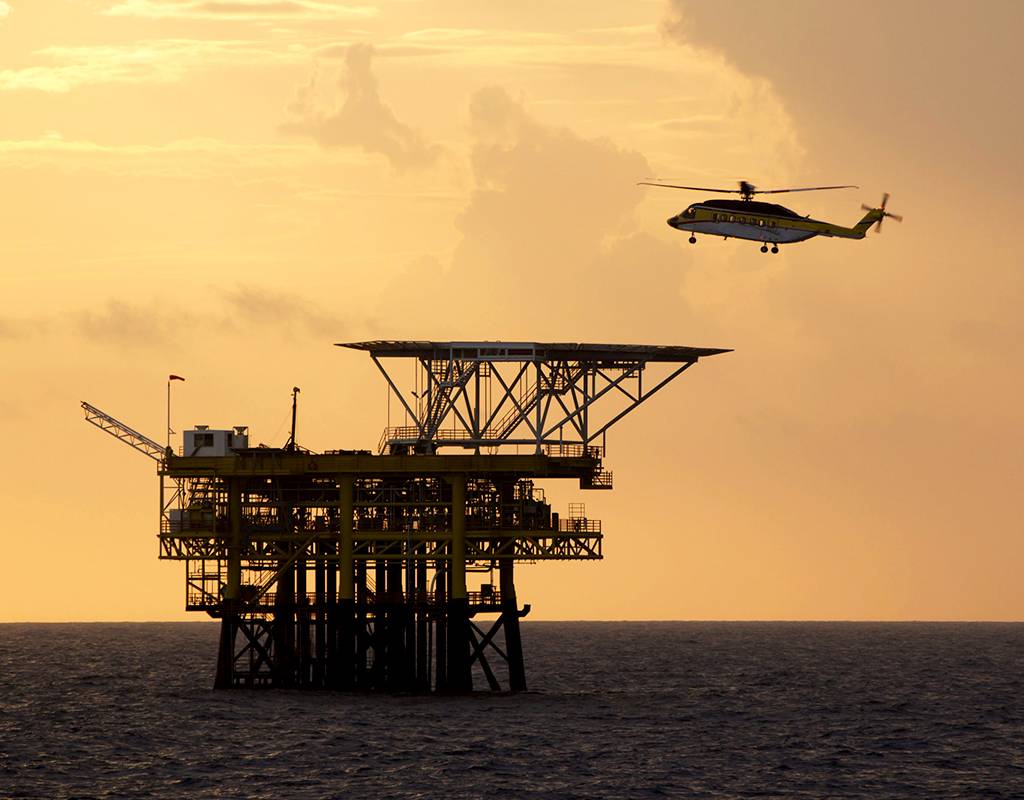 The LASAW system – short for Landing Approach Surveillance and Warning – was developed by the engineering team at SkyNet Aviation over the past 12 months.

SkyNet Aviation CEO Jon Davis says it is an all-new way of addressing the issue of unscheduled or unannounced flights landing on helipads and airports.

“The operators of these helipads confront significant risks when an aircraft they don’t expect suddenly appears, either entering a landing configuration or already making its approach, possibly to a miss identified landing area,” Davis says.

These incidents, often happening at remote airfields and offshore oil rigs, occur more often than most people expect. And each time, should the landing zone be obstructed by maintenance personnel, ground equipment or even wildlife, there is a risk of incursions and the results can be catastrophic.

Until now, there has been no dedicated technology to manage the issue.

The LASAW system comprises two pieces: first, aircraft tracking hardware placed at a landing zone; and second, a powerful software solution that analyses the tracking data that is captured and makes decisions if the aircraft is likely in a landing configuration and for that landing area.

The result is a system that monitors the position, altitude and airspeed and various other parameters of up to 500 aircraft within a radius of up to 250 nautical miles. If one of those aircraft is detected as in the “landing configuration” for a specific landing zone and passes an alert point, the system automatically initiates nominated on-the-ground warning procedures. These can include, situation displays, sirens and dedicated warning outputs from the hardware ensure personnel at the landing site are warned as soon as detection occurs.

“In the past, from the point of view of aerodrome or helipad operators, these unannounced aircraft would simply ‘appear’ just a few seconds away from touching down,” Davis says.

“Sometimes, the aircraft’s communications systems had failed. In other cases we’re aware of, a pilot had been confused over which helipad they’re expected to land at. When incidents like these have happened, ground teams are caught completely off guard.”

A key concept behind LASAW is the “15-5-2.5 escalation”. First, it detects every aircraft nearby with a possible ETA of 15 minutes or less. Next, should one of those aircraft enter the inner detection zone in the landing configuration within 5 nautical miles, an initial warning is raised in the control room.

If the aircraft continues its approach, ground alerts are automatically triggered offering around 2.5 minutes from an estimated touchdown. These crucial minutes should be ample time to clear service vehicles, other obstructions, flocks of birds or personnel out of the way. The ground alerts can include sirens, warning lights, landing lights, bird scarers and two-way radio broadcasts.

“To our surprise, the fact that LASAW can be configured to automatically trigger bird-scarers in unmanned or remote locations has been of significant interest to the industry” Davis says.

Since 2015 there have been over 10392 reported occurrences of bird strikes to the Australian Transport Safety Bureau (ATSB) National Aviation Occurrence Database, with a significant number occurring during aircraft landing. These figures are nothing compared to occurrences reported to the Federal Aviation Administration (FAA), where over 83,511 wildlife strikes (majority being bird strikes) have occurred throughout the USA since 2015. Bird strikes are of significant concern as they can interfere with aircraft equipment which can pose serious safety and ecological problems, particularly at airfields and helipads in coastal areas, as there are higher numbers of seabirds. Bird scarers are an easy way to minimize bird strikes but they must be triggered at the right times and with enough notice.

“As far as we know, LASAW is an Australian world-first: the only long-range landing approach monitoring solution available,” Davis says.

“Furthermore, being fully automatic, it requires no operator oversight. Monitoring the sky continuously and non-stop, LASAW is always ready to deliver alerts. Operators have the option to view all air traffic in the vicinity as well.”

“It’s entirely independent of other systems such as radar, radio, satellite or cellular. Even if site communications and everything else goes down, if your LASAW has a reliable power supply, then it can keep an eye on the sky and continue to deliver warnings to keep you safer.”

As well as providing landing approach alerts, LASAW’s software automatically maintains logs of all aircraft that have approached and/or touched down at a landing zone – including duration on the ground. This reporting function helps aerodromes manage their operations more accurately.

SkyNet finalized testing on LASAW on 23 September 2020 and the system is now live and available.