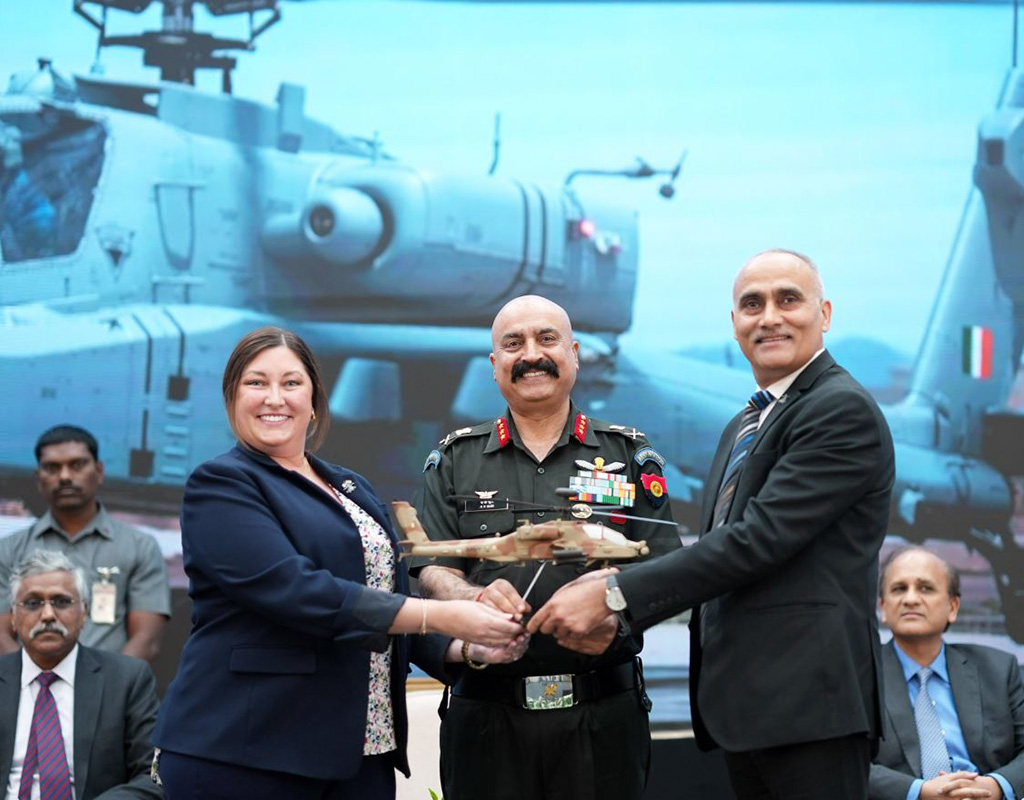 “This is a proud milestone and a testimony of our commitment towards Aatmanirbhar Bharat and the world-class manufacturing capabilities at our joint venture Tata Boeing Aerospace Limited at Hyderabad. The Apache will provide the Indian Army with a significant boost in capability just as the AH-64 has for the Indian Air Force,” said Salil Gupte, president, Boeing India. Boeing had completed the deliveries of all 22 AH-64E Apache helicopters to the Indian Air Force in 2020.

TBAL’s 14,000 sq. m. facility in addition to being a global sole source supplier for Apache fuselages, produces complex aero-structures for Boeing 737 and 777 models. The joint venture between Boeing and Tata Advanced systems Limited (TASL) employs over 900 engineers and technicians and utilizes cutting-edge robotics, automation and advanced aerospace concepts in its manufacturing processes.

“Successful delivery of the first fuselage for Boeing AH-64 Apache combat helicopters for Indian Army is the result of the hard work and seamless collaboration of the teams at TBAL, India. This delivery also positions TBAL and India as an important manufacturing base in overall Boeing operations. We stay committed towards progression of indigenous defence manufacturing with strong focus on the quality and timely delivery,” said, Sukaran Singh, managing director and chief executive officer, Tata Advanced Systems Limited (TASL).

TBAL has produced and supplied Boeing’s Apache final assembly plant in Mesa, Arizona with over 190 fuselages. More than 90 percent of the parts used in these aerostructures assemblies are manufactured within India through over 100 Micro, Small and Medium Enterprises (MSME) suppliers in support of the government’s vision for Make in India. Tata Group recently won the “Supplier of the year” award 2022 from Boeing, from among more than 11,000 suppliers worldwide.

With more than 1,275 AH-64 Apaches in operation accumulating over 4.9 million flight hours globally, 1.3 million of which have been in combat, the attack helicopter holds the reputation of being the world’s most advanced and proven attack helicopter.

This press release was prepared and distributed by Boeing.