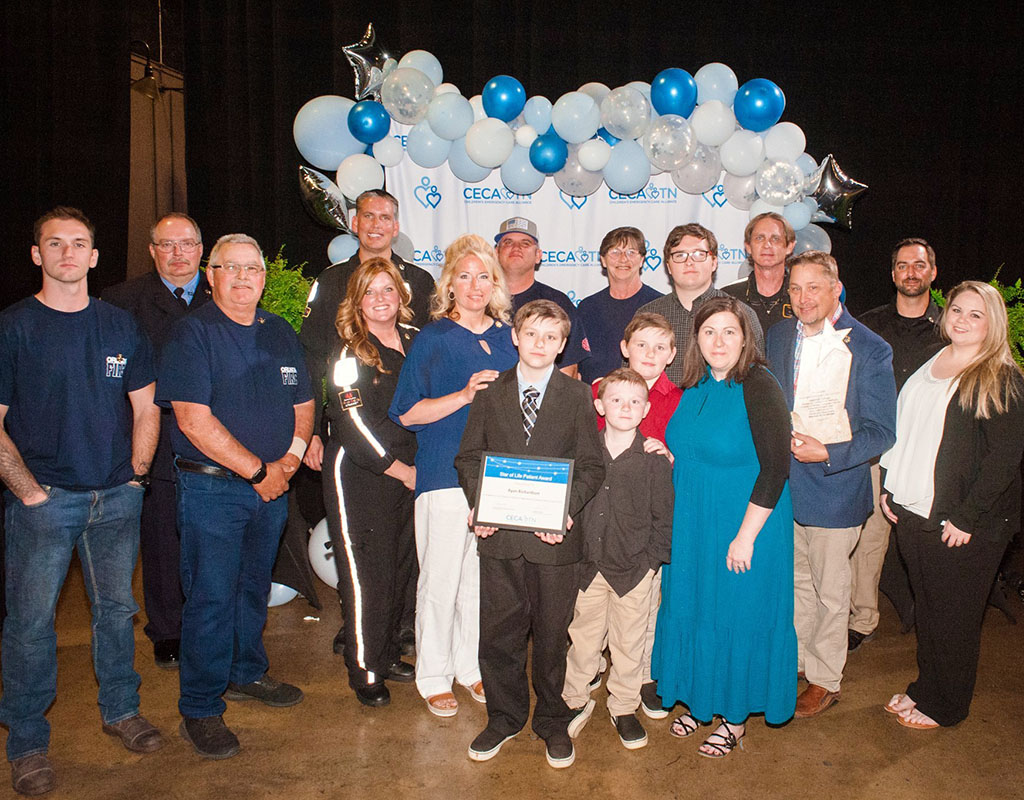 The EMS Star of Life awards honor the accomplishments of EMS personnel across Tennessee who provide exemplary lifesaving care to adult and pediatric patients and reunite EMS caregivers with the people they treated. One recipient is chosen from each of the eight EMS regions in the state.

Flight Nurse Allan Williams was one of the flight crew members who took care of that patient. He said the life of the young man was saved by the quick actions of first responders, who were on the scene of a motor vehicle crash in June 2021on Interstate 65. Traffic had backed up from that crash, causing another crash that injured the 11-year-old and his family.

“I had the privilege of celebrating the extraordinary work of everyone involved at the annual Star of Life Awards for an 11-year-old patient that I flew last year,” Williams said. “He and his family were involved in a car crash that left him in traumatic arrest for five minutes before we arrived on scene. In short, the actions and care provided by everyone involved — from the initial 911 call to the time he arrived at the hospital — made a difference in this patient’s life.”

During the awards ceremony, emergency personnel were reunited with patients they saved, often for the first time since the day of their rescues. Patients were able to publicly thank the first responders on stage. EMS agencies are presented a stone star award, and each member of the EMS team involved in the rescues receives a certificate and a Star of Life pin that is worn on their dress uniforms.

The patients are presented with a Certificate of Life recognizing them for their bravery and resiliency.

Since its inception in 1984, Vanderbilt LifeFlight has completed more than 53,000 accident free patient missions. The program has grown from a single helicopter to more than eight bases across Tennessee, an airplane, two critical care ground ambulances and twelve advanced life support ambulances. All air operations are provided by Air Methods Corporation. All ground and medical services are provided by Vanderbilt University Medical Center.

This press release was prepared and distributed by Vanderbilt LifeFlight.