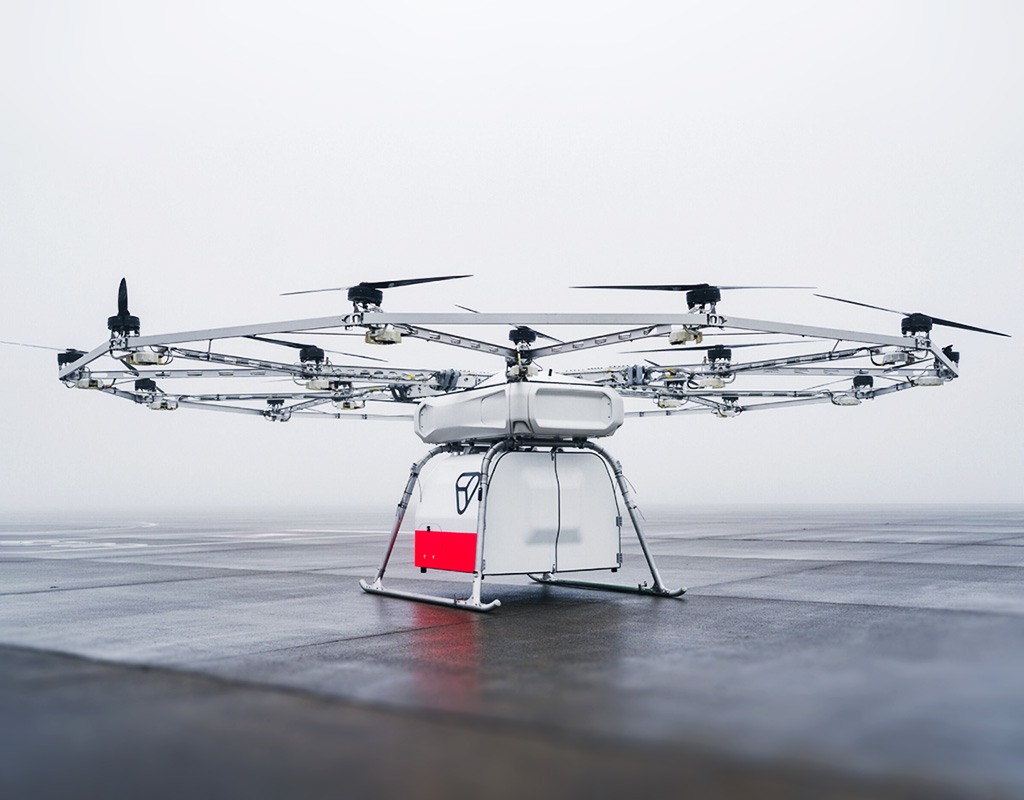 Volocopter, the pioneer of urban air mobility (UAM), has completed a two-week test flight campaign for its multirotor heavy-lift cargo carrier, the VoloDrone. The campaign was run at the DLR National Experimental Test Center for Unmanned Aircraft at the Magdeburg-Cochstedt Airport in Germany.

Today marks the final day of a series of testing programs that included a public display of deconfliction test flight scenarios that fall under the CORUS-XUAM project’s very large demonstration (VLD) endeavor.

Since 2019, Volocopter has been instrumental in harmonizing the existing ATM and UTM systems through digitalization and real-world test flights. For the UAM industry to establish itself and scale up, eVTOL aircraft like the VoloDrone and other new aircraft must be able to seamlessly fly among more established aircraft that occupy the same lower airspace — and do this around the globe.

Currently, ATM systems are not designed to handle the upsurge in aircraft volumes or the digitization of UAM. Harmonizing existing and new traffic management systems for brand-new aircraft integration will ensure efficient large-scale operations. This seamless transition requires strong collaboration in the UAM ecosystem, from both existing and new players in the field.

Successfully completing this CORUS-XUAM test flight is another step toward UAM integration into the lower airspace as Volocopter strives for entry into commercial service by 2024 in major cities, such as Paris and Singapore.

This latest CORUS-XUAM test flight featured the VoloDrone’s remotely piloted/automated flights, with unforeseen circumstances and obstacles included in pre-determined flight routes. While the flights physically took place in Cochstedt, the digital airspace simulated were those of Frankfurt Airport and London airports, which were scaled down accurately and mapped to fit the physical space of Cochstedt airfield. These real-world use cases focused on exercises for yielding to priority traffic and changing flight speeds to ease traffic flow management.

In the German use case, the VoloDrone’s flight path between Messe Frankfurt (trade show grounds) and Frankfurt Airport was diverted once the VoloIQ received an incoming signal from an emergency medical services (EMS) aircraft’s priority landing at a hospital en route.

The U.K. simulation highlighted the VoloDrone’s ability to decrease its flight speed to create space for a safe approach and take-off once it entered the congested airspace above busy London airports, for better air traffic flow management. In both instances, the digital interfaces of Volocopter’s VoloIQ and the U-space service provider (USSP) worked together to successfully manage the VoloDrone’s flight path and speed, as well as priority-access vehicles and air traffic.

Ongoing testing has resulted in several improvements to Volocopter’s VoloDrone. The features of the new-and-improved cargo drone were revealed during this test campaign. They included the adoption of scalable aluminum rotor beams, lightweight and durable fiberglass housing, and overhauled fuselage design.

“The successful flight tests of the VoloDrone at Cochstedt bring this year’s CORUS-XUAM project to a close. Volocopter is pleased to have reliably conquered all the necessary ATM/UTM testing items with our passenger air taxi, cargo aircraft, and the VoloIQ, all to the highest levels of safety. Our team has proven throughout these tests that our aircraft, operations, and digital software can safely adapt to various test flight scenarios. To ultimately establish a robust UAM ecosystem, we will continue to test and improve the ATM/UTM interfaces beyond the testing sandbox, as well as improve communications with individual partners within each country’s ecosystem,” said Oliver Reinhardt, Volocopter’s chief risk and certification officer.

This press release was prepared and distributed by Volocopter.