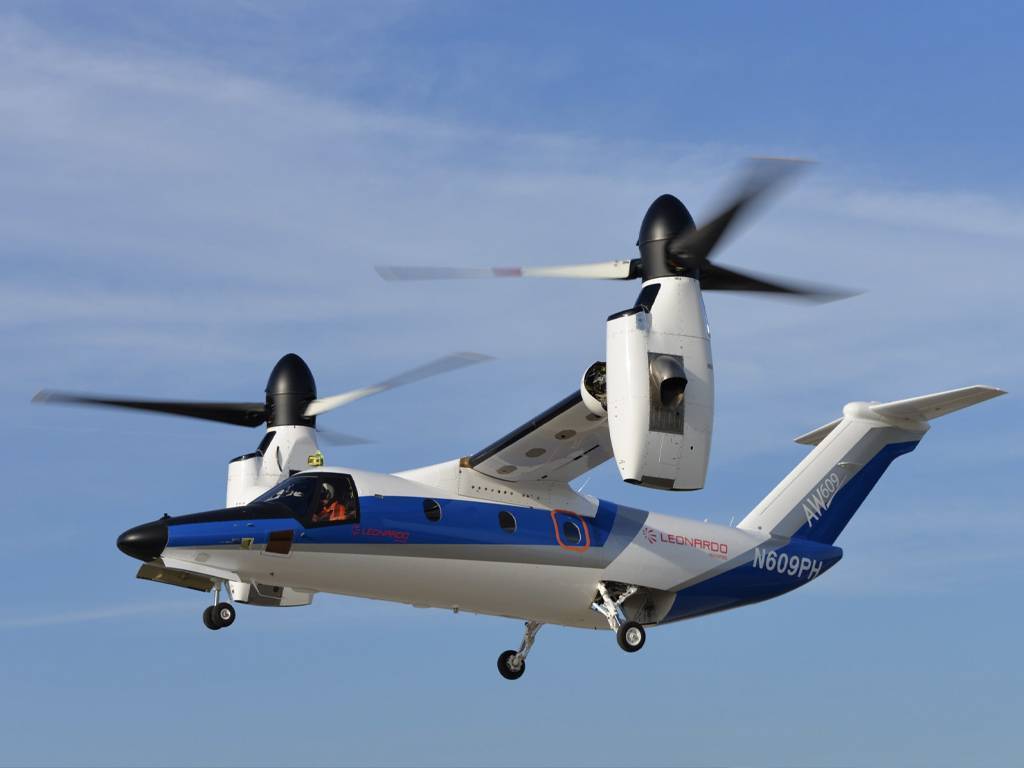 Lifting off on a clear afternoon, test pilot Dan Wells said, “The aircraft performed beautifully, thanks to all the rig and ground testing and the work done by our amazing engineering and production teams. The new touch-screen cockpit layout really proved its value and the aircraft exceeded all of our expectations.”

With this flight the world’s first multirole commercial tiltrotor achieved a major milestone on its path to FAA certification. The AW609 will be certified under the FAA’s new Powered Lift category, the first new category of aircraft certified by the FAA in decades. Combining the vertical take-off and landing performance of a helicopter with the speed, range, and comfort of a turboprop airplane, the AW609 is poised to transform private and downtown to downtown transport, emergency medical service (EMS), search-and-rescue (SAR), offshore operations and patrol, among other uses. The AW609 carries up to nine passengers in a comfortable pressurized cabin, has a max cruise speed of 275 knots and can travel up to 700 nautical miles — about twice as fast and twice as far as the typical helicopter. It climbs to 25,000 feet, flying safely above inclement weather and in known icing conditions. The AW609 features fly-by-wire flight controls, Collins Aerospace Pro Line Fusion avionics and two Pratt & Whitney PT6C-67A engines.

The first two production AW609s are currently being assembled in Philadelphia. Era, one of the largest helicopter operators in the world and the longest serving helicopter transport provider in the United States, will be the first customer to receive the revolutionary aircraft. The AW609 has great interest from around the world, across all missions including EMS, SAR, VIP/corporate transport and offshore resource development. Customers will be provided with comprehensive support and training packages primarily headquartered at the company’s new Training Academy in Philadelphia. An advanced flight training device and the world’s first AW609 full flight simulator will be available for training in 2020.