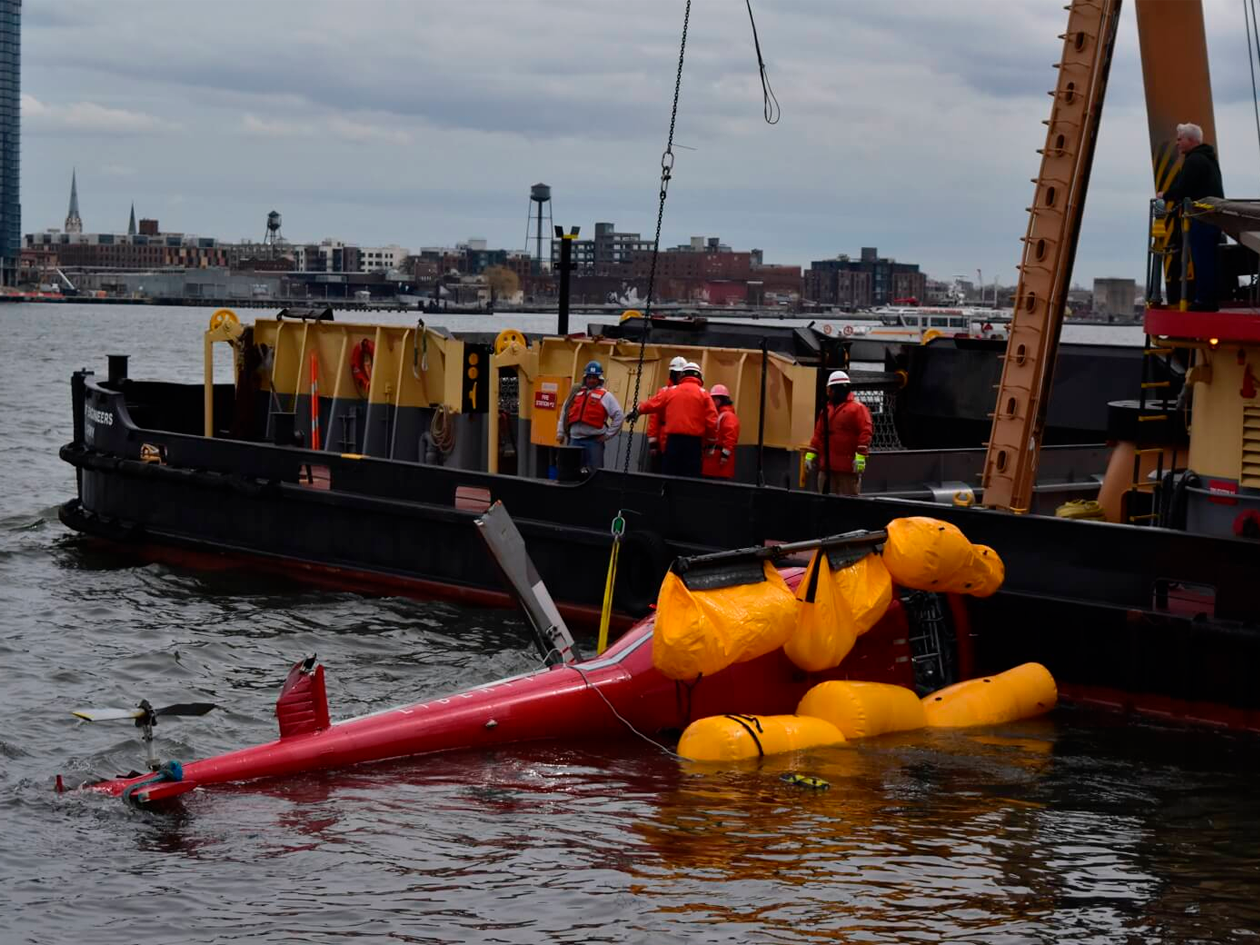 The U.S. Department of Transportation’s Office of Inspector General (OIG) has launched an investigation into oversight of open-door helicopter flights.

Announced on July 16, the audit will assess the Federal Aviation Administration’s (FAA’s) processes for review and approval of supplemental restraints for open-door helicopter operations, and its oversight of the use of those restraints.

The audit aims to address a request by New York Senators Chuck Schumer and Kirsten Gillibrand, who asked the OIG to review the FAA’s involvement with open-door helicopter tours following a fatal crash in New York City on March 11, 2018. In that accident, five FlyNYON passengers on a doors-off helicopter photo flight drowned when the single-engine Liberty Helicopters Airbus AS350 B2 they were riding in lost power, made an emergency landing to the East River, and overturned in the water.

The pilot managed to escape the submerged aircraft, but the passengers — who were wearing supplemental fall protection harnesses and tethered to the helicopter via locking carabiners at an inaccessible attachment point between their shoulders — were unable to free themselves. Following the accident, the senators asked the OIG to address how the FAA reviewed, tested, and approved the supplemental restraint system that was implicated in the drowning deaths.

As previously reported in Vertical, internal FlyNYON emails indicated that FAA inspectors witnessed these harnesses in use approximately five months before the accident, but did not prohibit FlyNYON from providing them to its passengers. In a letter to Senators Schumer and Gillibrand dated Aug. 15, 2018, inspector general Calvin L. Scovel reported that, according to the National Transportation Safety Board (NTSB) — which is leading the ongoing investigation into the crash — the FAA did not evaluate the supplemental restraints used on the aircraft because they were not “required equipment.”

Following an urgent safety recommendation from the NTSB, the FAA issued an emergency order on March 22, 2018, applicable to doors-off flight operations for compensation or hire. The order prohibits the use of supplemental passenger restraint systems that cannot be released quickly in an emergency, and the FAA now requires commercial operators to obtain a letter of authorization from the agency before using supplemental restraints.

FlyNYON obtained such a letter of authorization a few months after the fatal crash, and has been conducting doors-off helicopter photo flights ever since. However, Scovel noted in his Aug. 15 letter that “the prevalence of supplemental restraints used in the helicopter air tour industry and the process FAA will use to validate the quick-release capabilities of these restraints remain unclear.”

The OIG plans to begin its audit later this month, conducting audit work at the FAA headquarters in Washington, D.C., and select FAA offices which oversee helicopter operations. The OIG told the FAA that it will also interview a small representative sample of companies that use supplemental restraints, and will coordinate with the NTSB, industry associations, and other helicopter tour industry stakeholders.

A FlyNYON representative provided the following statement to Vertical: “We appreciate and stand ready to support smart actions that allow for enhanced helicopter safety and to grow even more jobs in the Greater New York City area. FlyNYON stands ready to work with anyone who wants to pass common sense rules that create more jobs and ensure safety.”

In his letter to the senators, Scovel noted that a previous OIG audit had found that the FAA lacked a sufficient number of helicopter inspectors, and had not updated its hiring and training programs to keep pace with critical developments in the industry. He wrote that the FAA had not yet completed the workforce assessment recommended by the OIG, which called for the agency to analyze the location of inspectors, whether those inspectors have the required specialized helicopter experience, and whether inspector workload is adequately balanced between FAA oversight offices.

Following through on that recommendation, he said, would “better position the agency to proactively respond to new developments in the industry.” Scovel added that the OIG is “committed to making appropriate recommendations to FAA that will improve its oversight of helicopter safety.”

This story has been updated to include comment from FlyNYON.