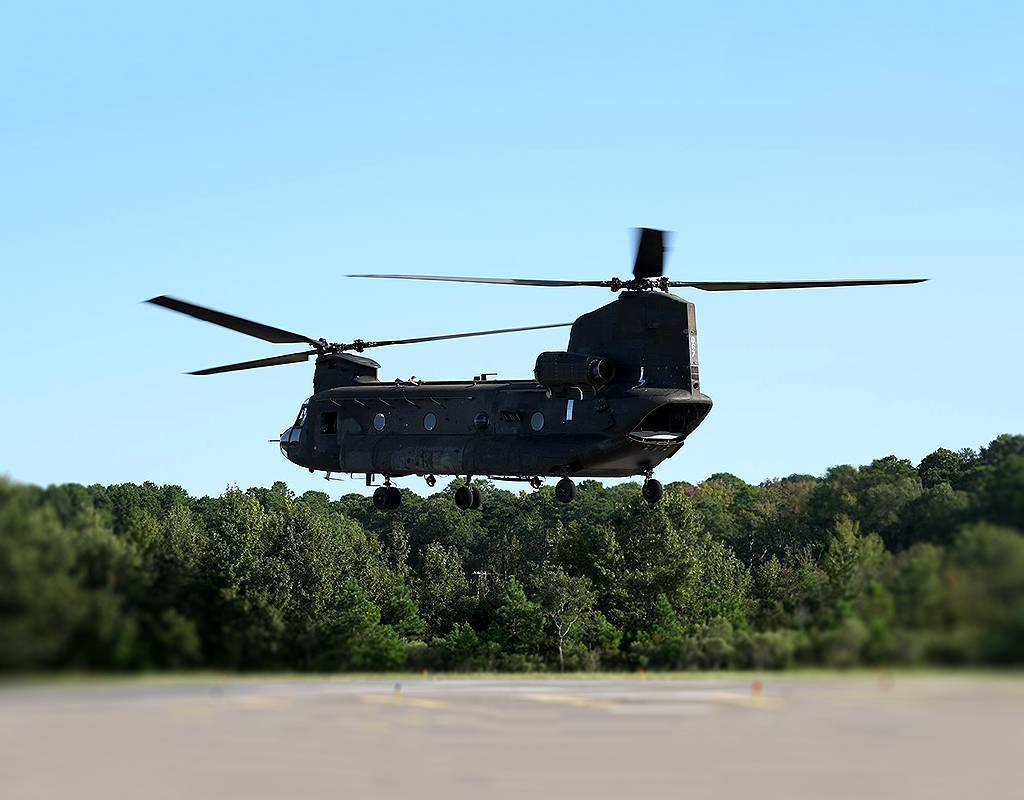 This first flight is the culmination of a five-year effort under a cooperative research and development agreement between AvMC, Boeing and GE Aviation to evaluate the feasibility and benefits of higher-power engines while assessing and reducing the technical risks of integrating advanced engines in a Chinook aircraft.

Despite travel restrictions posed by COVID-19 and social distancing measures while on post at Fort Eustis, the combined team — which also includes Parker LORD Corporation — was able to successfully and safely complete all required ground tests leading up to first flight.

“The CCDC AvMC mission is to conduct innovative research, development, and engineering in order to provide new capabilities for our aviation warfighters, and the T408 program is a great example of this. Integrating a new engine onto a production aircraft is a huge undertaking, but our combined team did a great job moving the program from an engineering concept to flight test, which is a testimony to the capabilities the AvMC team brings to our soldiers. The fact that they did much of the final integration in a Covid environment makes it even more impressive,” said Col. Justin Highley, commander, CCDC AvMC technology development directorate — aviation technology, systems integration and demonstration.

“Constant and iterative innovation is one reason why the Chinook is the world’s heavy-lift leader,” said Andy Builta, Boeing vice president and H-47 program manager.

“This is another important milestone in determining the feasibility of increasing the capability of the CH-47 Chinook. We are proud to work with the Army and Boeing on the Chinook engine integration and test program” said Harry Nahatis, vice president and general manager of GE Aviation’s rotorcraft and turboprop engines.

Future flights are expected to include both hover and forward flight maneuvers at several gross weight configurations. Flight tests are anticipated through the end of the year, including a flight demonstration event for Army and industry senior leaders to showcase CCDC AvMC’s vehicle integration capability.

The outcome of the program will determine the feasibility and reduction of risk with operating the CH-47 Chinook with a more powerful turboshaft engine.