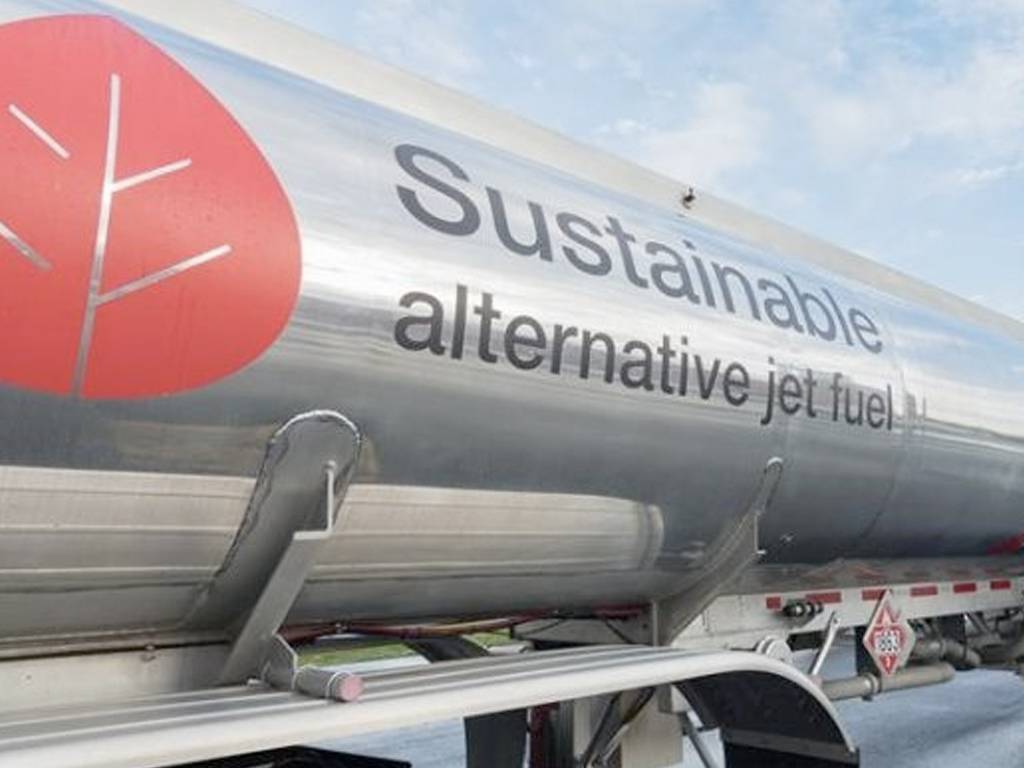 Bombardier Aviation has received its first shipment of sustainable aviation fuel (SAF) at its Montreal facility, from Avfuel Corporation, as part of its commitment to working towards “a sustainable future for business aviation”.

David Coleal, President, Bombardier Aviation, said the company wanted to promote the increased use of SAF throughout the industry. “Today, we are proud to offer it for the first time at one of our Canadian facilities, and it’s only the beginning,” he said, adding: “Bombardier is working toward ensuring that the use of these fuels becomes a standard in our day-to-day operations, as we do our part to reduce CO2 emissions worldwide and meet the longstanding industry climate pledge.”

Deploy SAF to all its facilities

The sustainable-fuel delivery was first step in the company’s plan to secure long-term partnerships with fuel suppliers to deploy SAF to all its facilities worldwide, as supply becomes more -eadily available.

Avfuel supplied 27,600 litres of SAF to Bombardier to fuel its new-customer aircraft deliveries. “In total, the sustainable product provided a two-metric ton reduction in life cycle CO2 emissions,” said the fuel supplier. CR Sincock, executive vice president for Avfuel, said: “Working with leading OEMs, like Bombardier, is an opportunity for Avfuel and business aviation as a whole to meet sustainability goals.”

In 2009 the business aviation sector pledged to achieve carbon neutral growth by 2020. It also aimed to improve fuel efficiency by 2% a year from 2010 until 2020 and to cut C02 emissions by 50% by 2050 compared with a base year of 2005. The initiative is designed to support International Civil Aviation Organization (ICAO) targets.

Approved for use in turbine aircraft

SAF is approved for use in turbine aircraft as a ‘drop-in-fuel’. These are a synthetic substitute for conventional petroleum-derived hydrocarbons. Its use does not require modification to aircraft engines, fuel systems or fuel-distribution networks.

When blended with refined jet fuel, SAF meets the international standard for aviation turbine fuel designated as ASTM D-1655 and known as Jet A or Jet A-1.

Sustainable fuel has been approved by the Federal Aviation Administration (FAA), European Safety Agency (EASA) and other international aviation agencies.

Bombardier has used SAF for aircraft demonstration purposes for the past two years.

Meanwhile, one of the keys to boost SAJ uptake was to improve its availability, Mark Masluch, Bombardier Aviation’s director, communications & public affairs, told Corporate Jet Investor’s Miami 2019 conference in Florida earlier this month. “SAF needs a bit of a push to help adoption because operators are not taking it in,” Masluch told delegates. “The first thing we did is look at why sustainable fuel is not more available.”

Michael Amalfitano, President and CEO of Embraer Executive Jets, told the conference that Millennials were particularly interested in the use of SAF.

In August, Gulfstream Aerospace Corp. won a 2019 Sustainability Leadership Award from Business Intelligence Group for its SAF initiatives. The award recognises organisations that make sustainability an essential part of their business. Speaking at the time, Mark Burns, President, Gulfstream, said: “Innovation is at the core of our business, including our environmental strategy. As a company, we explore ways to support the business aviation industry’s sustainability goals and have done this by designing aircraft for better fuel efficiency and through our efforts to raise awareness of the effectiveness of sustainable aviation fuel in business aviation.”