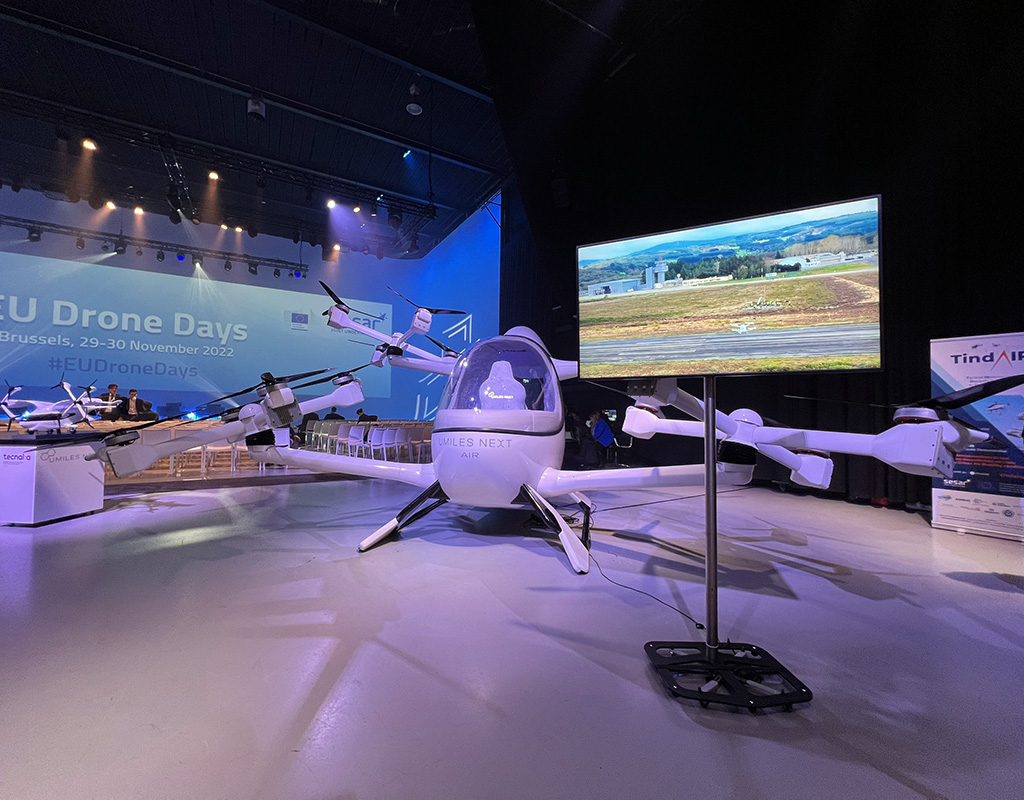 The UMILES Next air taxi, Concept Integrity, equipped with FlyFree technology developed by the TECNALIA research centre, was presented yesterday in Brussels during the Drone Days organised by the European Commission as part of the Drone Strategy 2.0, an initiative aimed at promoting the development of new sustainable drone services and transport solutions that is backed by the European Commission.

During these Drone Days, experts from the industry and European politics explored the key strategic areas for the future of innovative urban air mobility and emergency services, and the strength of the synergies between European civil and defence drone capabilities.

So, through the flights conducted in Toulouse, Jaén and Lugo, TECNALIA and UMILES Next presented the technologies that had been validated during these tests, which will represent the future of safe and sustainable urban air mobility within the European Drone 2.0 strategy. Technologies such as:

The validation of these technologies have represented a great step forward for the airspace integration of these types of aircraft, with the goal of validating future urban air traffic management with unmanned aircraft (U-space).

The aim is to make the mobility of the future more intelligent and sustainable. These new systems and developments will mean that there are alternative transport solutions in increasingly crowded cities. UMILES Next and TECNALIA have set their sights on this with their urban air and ground mobility solutions, which are expected to become a real alternative by around 2028.

This press release was prepared and distributed by Umiles Next