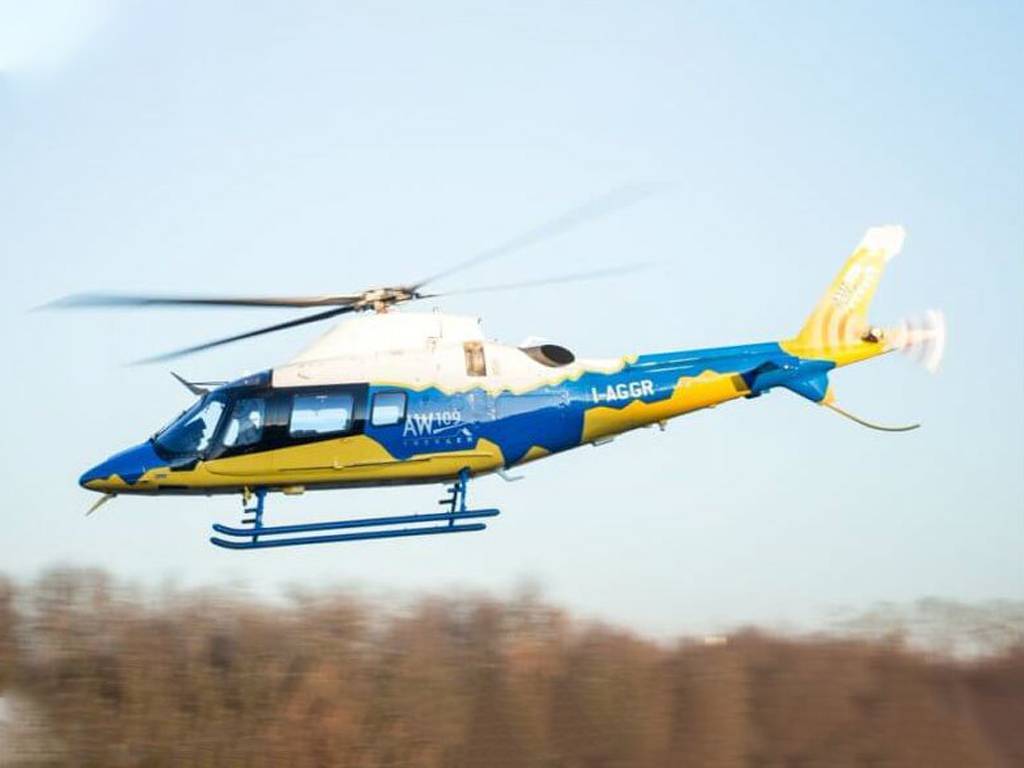 Pilot/author Rob Erdos recently had the opportunity to fly Leonardo’s TH-119 helicopter, which the OEM has put forth as a bid for the U.S. Navy’s Advanced Helicopter Training System program. Leonardo had previously invited the author to evaluate the company’s twin-engine Trekker helicopter during a brief visit to its facility in Vergiate, Italy.

The Trekker is Leonardo’s name for an AW109S Grand airframe on skids. Both being variations upon the A-109 lineage, the Trekker features virtually the same airframe and rotor as the TH-119, but retains a twin-engine configuration.

Leonardo is touting the merits of the twin-engine Trekker as a complementary military trainer to the TH-119. Featuring two full-authority digitally-controlled (FADEC) 735-shaft-horsepower Pratt & Whitney Canada PW207C engines, the Trekker is essentially identical to the TH-119, sharing common systems, avionics and handling. If the economy of the TH-119’s single-engine appeals to a military customer, then the Trekker provides a cost-effective multi-engine training platform with the advantage of a high degree of commonality with its single-engine sibling.

I flew with Leonardo experimental test pilot Chris Hyder. The demonstration helicopter, registration I-AGGR, was a former Trekker prototype, with a non-production cockpit and cabin interior. With 696 pounds (316 kilograms) of fuel and four crew, it was well below its published maximum takeoff weight of 7,000 lb. (3,175 kg).  It featured a three-screen version of the same Genesys avionics as the TH-119.

Generous installed power allows the Trekker to perform Category A takeoffs up to ISA 20 C conditions without a payload reduction, according to Leonardo. Hyder demonstrated a typical engine failure scenario during takeoff. With four crew onboard and 617 lb. (280 kg) of fuel remaining, and decidedly miserable weather under drizzle and light winds, we noted the in-ground-effect (IGE) hover power requirement of 72 percent.

Commencing by arming the torque limiter, Hyder translated up and aft, keeping the helipad in sight. At a height of about 100 feet (30 meters), Hyder had me simulate failure of the No. 1 engine using the training mode. Bang! And down we went, but really without too much drama. A small collective reduction was sufficient to preserve rotor speed, resulting in about an 800-feet (243-meter) per minute descent, with the remaining engine power riding on the torque limiter. Hyder cushioned the landing using a few percent of rotor speed, and “emergency” was over.  I tried a repeat, from a slightly lower altitude, and found the procedure straightforward and enlightening.

There are a few things that are best taught in a twin-engine helicopter, where an engine failure is a less dramatic and more a procedural event. Contenders for the U.S. Navy’s new trainer include single- and twin-engine designs. If the Navy opts for the economy of a single-engine trainer, and finds that multi-engine training objectives remain, they can rest assured that Leonardo has a helicopter for that, too.