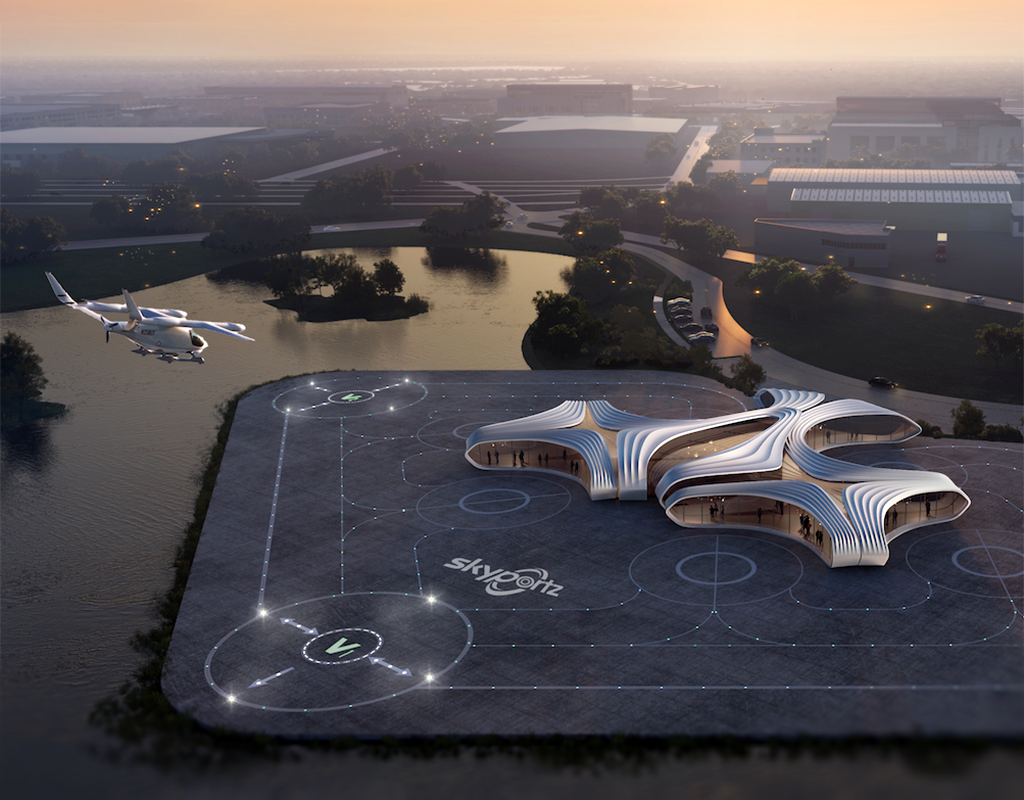 Australia has followed the European Union and the U.S. with the release of its own draft guidelines for vertiport design on Nov. 30.

The draft advisory circular (AC) is open for public comment until March 31, 2023, with Australia’s Civil Aviation Safety Authority (CASA) keen to receive feedback on whether the content and structure of the document is clear and sufficient, fit for purpose and able to support development of the advanced air mobility (AAM) sector.

As part of the consultation process, CASA plans to hold four information webinars from December to February to provide an introduction to vertiports and the draft AC, as well as highlight the physical characteristics of a vertiport, obstacle limitation surfaces for a vertiport, and what visual aids are required.

CASA said the guidance is designed to assist those in the early stage of vertiport development. The safety regulator does not propose a specific vertiport layout, but rather provides a flexible framework for developers to create a vertiport that can be built in different locations and used by different emerging aircraft.

“We’ve started the ball rolling by examining and outlining what vertiports could look like, where and how they might operate, as well as the safety requirements needed,” said Joe Hain, CASA’s team leader for future aerodromes. “The aim is that vertiports can be built where they are needed, whether it’s on top of a skyscraper in a high-density city, or in an open space in a regional town.”

Comparisons to U.S. and European guidelines

Like the U.S. Federal Aviation Administration (FAA) and European Union Aviation Safety Agency’s (EASA) vertiport design documents — both of which were released earlier this year — CASA’s guidelines are intended to evolve as the AAM sector grows.

Similar to the FAA and EASA’s guidelines, CASA uses eVTOL aircraft operated by a pilot onboard flying visual operations as the basis for its guidelines. With limited performance data available for eVTOL vehicles, all three documents are intended to provide interim guidance and are subject to change as more data becomes available. The International Civil Aviation Organization’s (ICAO) standards and recommended practices and other international standards in development may also impact the guidance, CASA said.

As with the FAA and EASA documents, CASA’s intent is to provide guidelines for vertiport designers and developers regarding site selection and downwash protection, physical characteristics, obstacle limitation surfaces (OLS), and visual aids, including markings, markers and lights.

EASA’s prototype technical design specifications and the FAA’s engineering brief on vertiport designs are more detailed and prescriptive than CASA’s, and cover additional issues, including emergency procedures, rescue and firefighting services, charging infrastructure, security and safety, as well as guidelines for vertiports located at airports.

CASA acknowledges that its AC does not cover all vertiport development considerations, pointing out that issues, including noise, security, the environment and privacy, require consultation with relevant stakeholders and adherence to local, state and federal requirements.

CASA recommends that H and X are not used to avoid confusion with heliport and unserviceability markings.

CASA provides general guidelines for maximum downwash velocity, but said this should be complemented by studies taking into account the specific local conditions and relevant wind comfort criteria.

The general physical characteristics of a vertiport for CASA comprise one or more final approach and take-off area (FATO) — the shape of which is optional — as well as one or more touch down and lift-off areas (TLOF), protection areas, taxiways or taxi routes, and stands.

In terms of the OLS, the guidelines describe a set of areas and surfaces that can be used to establish either simple or complex arrangement of surfaces, but these are dependent on the flight paths of the aircraft. As a result, the development of a specific vertiport’s OLS will require coordination with potential aircraft operators, CASA said.

In addition, the AC doesn’t include procedures relating to obstacle restriction or protection with respect to objects outside of the vertiport — this is dependent on local planning, state policy and the scope of operations.

Other visual aid and lighting guidelines

While CASA’s visual aid guidelines are based on heliport visual aids, there are some differences, including the fact that many provisions have been simplified and some markings are made optional, as well as flexibility when it comes to vertiport identification markings.

CASA’s vertiport lighting guidelines are also based on heliport lighting standards, with some provisions held in reserve pending further analysis and industry feedback, CASA said. Regarding the area of lighting, CASA said it continues to adopt performance-based specifications by describing photometric requirements as appropriate rather than prescribing complex light output standards.

“It is sending a clear message to the world that we [Australia] are open for business, and we are seriously preparing the ecosystem to support AAM, which will need our network of vertiports to fulfill its potential,” said Clem Newton-Brown, Skyportz CEO.

Skyportz has identified more than 400 potential vertiport sites in Australia, with CASA’s guidelines used to help “fine-tune” its vertiport design and provide the industry with confidence to invest in vertiport infrastructure, Newton-Brown said.